When in Rome, Dine As the Romans

Dining out in Italy is an art form making the way in which Italians order, and eat, something to emulate. Here's how to do it right.

Food is central to Italy’s culture and the way in which Italians order, and eat, is something to emulate. With lunch often a bigger affair than dinner, it’s more common for Italians to savor a relaxing four-course menu—antipasti, primi, secondi plus contori, and dolci—on a weekend afternoon than late in the evening. Weekend dinner is when Italians order one or two dishes or perhaps even go out for a pizza – which, they rarely, if ever do at lunch time. And yes, they use a knife and fork except when it comes to the crust.

When in Rome, if you want to dine as the Romans, follow this dining cheat sheet:

This is a starter. Anything from some salumi (charcuterie) and formaggio (cheese) to a hot dish like sautéed mussels, stuffed and fried zucchini flowers or a soup, zuppa. At L’Archangelo in Rome this is your opportunity to sample Roman suppli, typical fried street food like arancini, offered and served in a paper cone which are meant to be eaten by hand–even at the table.

First course is always the pasta and risotto selection which of course varies from region to region. In Rome it’s all about pasta alla gricia, alla amatriciana and the cheesy and peppery, cacio e pepe. Find this at Cul de Sac, near Pizza Navonna.

Second course is the main course featuring a protein – fish, meat, chicken. But if you are in the Eternal City, it is all about the Saltimbocca di Vitello, veal sauteed in wine covered with a thin slice of proscuitto and a sage leaf. Test it out at La Campana.

Side dishes are plentiful on Italian menus as most secondi don’t come with a side but just a simple garnish. Common contorni are roasted or grilled vegetables, sautéed spinach, or other leafy green in season like chicory, which if you aren’t used to it can be quite bitter.

Dolci (desserts) and if you want to know if they are housemade you can ask if they are, “fatto in casa”. Italians are not really known for their pastry prowess, but a crostada (fruit tart), torta di nonna (a buttery yellow cake) or cookies like biscotti are classics. Then of course the creamy dolci like Panna cotta with berry sauces or cloaked in a deep, dark ciocolatto sauce, tiramisu, budino (pudding) and of course gelato and sorbetto. But something that is quite traditional is fruit. Fruits of the region and restaurants around the country generally feature a Macedonia di Frutta—fruit salad comprised of a mélange of hard (apples, pears, pineapple) and soft (kiwi, berries, banana) fruit. After four courses, that might be all you can squeeze in.

The specials of the day are, “piatto del giorno” and will feature what’s fresh from the market, butcher and fishmonger, and in season. If your waiter recommends them to you, take their advice!

House wine is commonly offered in most restaurants Italy. In some places it’s good, in others it’s not. You can always ask to taste, Posso assaggiare il vino della casa?, and then decide. It’s also sometimes cheaper than even the bottled water.

When ordering water in Italy you will always be asked what kind. Generally, the options are naturale (still) or frizzante (sparkling), but leggermente frizzante (slight sparkling) is becoming more and more popular.

Allergies and intolerances are taken seriously in Italy and even for celiacs, gluten-free dining is not too hard with more restaurants offering gluten free pasta and other alternatives. If you aren’t sure, order the risotto.

This is how you ask for the check. If paying with a credit card, they will often come to your table with a handheld machine and make the transaction at the table. Note that at many small pizzeria or trattorias, credit card payment may not be available. If you need to go to an ATM, you can ask, “Dove posso trovare un bancomat?”

Order a Spritz or cocktail with your meal (unless the cuisine calls for it). Cocktails are for pre-dinner and best enjoyed with a panoramic view or good people watching post.

Refuse a digestivo at the end of a meal. Italians like to have amaro or a liquor like limoncello to digest after their meal. If one is offered to you by the waiter, it’s polite to accept.

Order a cappuccino or anything very milky with a meal. Cappuccino is strictly a breakfast thing. Afternoon is espresso time and only espresso after dinner.

Stress about leaving a big tip (especially if cover and / or bread service charge has been already added to the bill). A few coins is acceptable and up to 10% for exemplary service is the norm.

Enjoy a long, leisurely lunch (pranzo) basking in the hustle and bustle of the sidewalk or on a patio gazing at one of Rome’s many awe-inspiring landmarks. One spot to try, Armando al Pantheon. 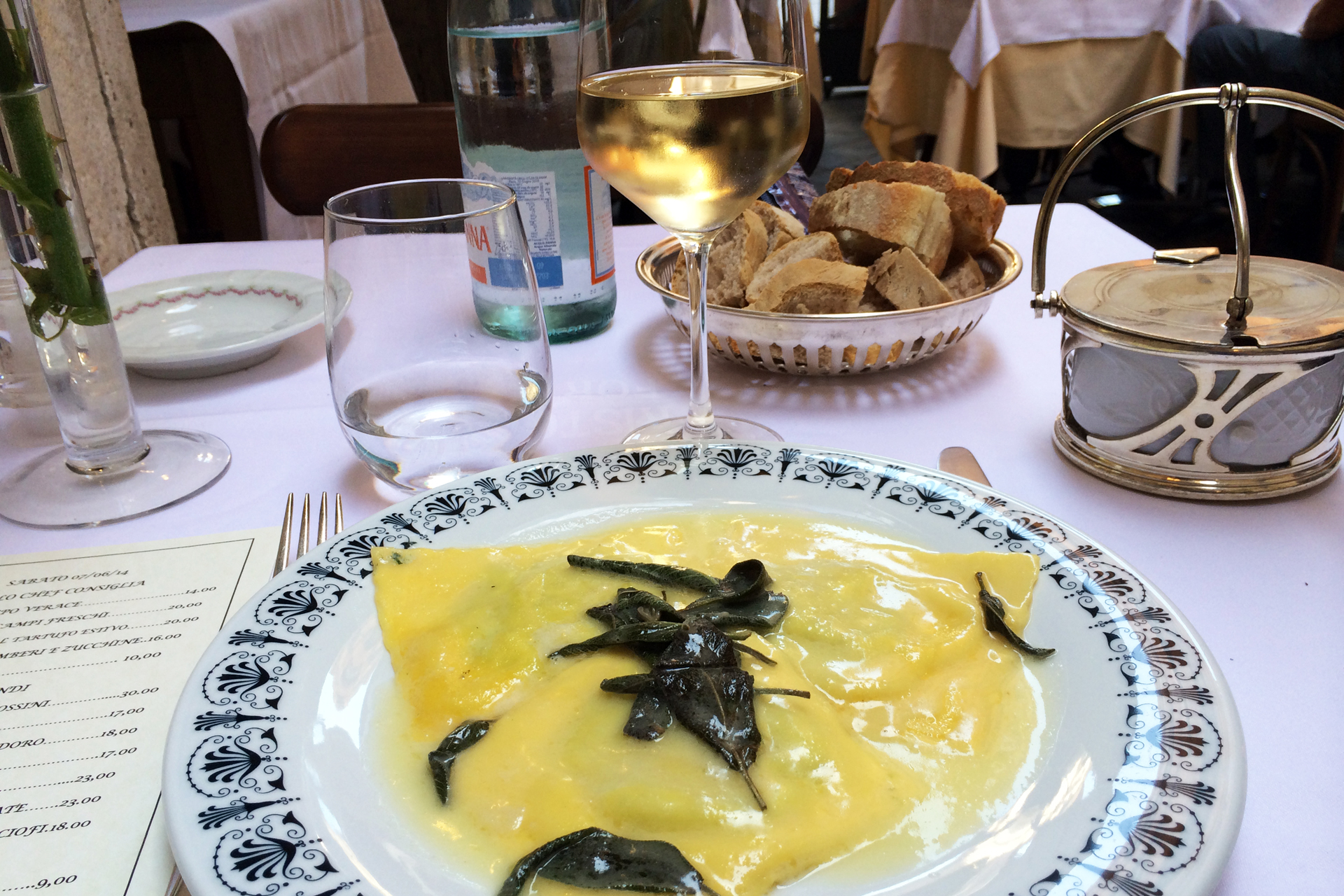 Born to Italian parents, Maria always knew Rome was her destiny, although she was raised in Melbourne. With a formal background in political science and history, she is now a food and travel writer and contributes regularly to USA Today and Fodors. Her popular lifestyle blog, HeartRome is read in over 120 countries and has been featured in BBC and Vogue among others. In Rome you’ll find her walking the streets of Trastevere, checking out the latest bar for an aperitivo or dining with friends.