Before you go a-home-a don't leave Roma without eating these five must bites.

There’s nothing worse than finding out you missed “the” singular food in your Port of Call. After hearing from a more-organized-than-you culinary jet-setting friend, “Did you try the ___? At that little place in the market? It’s life changing!” is just a punch in the gut.  Especially if you don’t even know what they are talking about. Or if you walked right by said place forgetting it was on your list. Or worse, you had it on your list and took a thirty-minute bus ride then walked a mile only to arrive on the one day it was closed. We’ve been there.

In order to avoid restaurant and other dining regrets while in the Eternal City, be sure to have these must bites on the top of your required eating list. 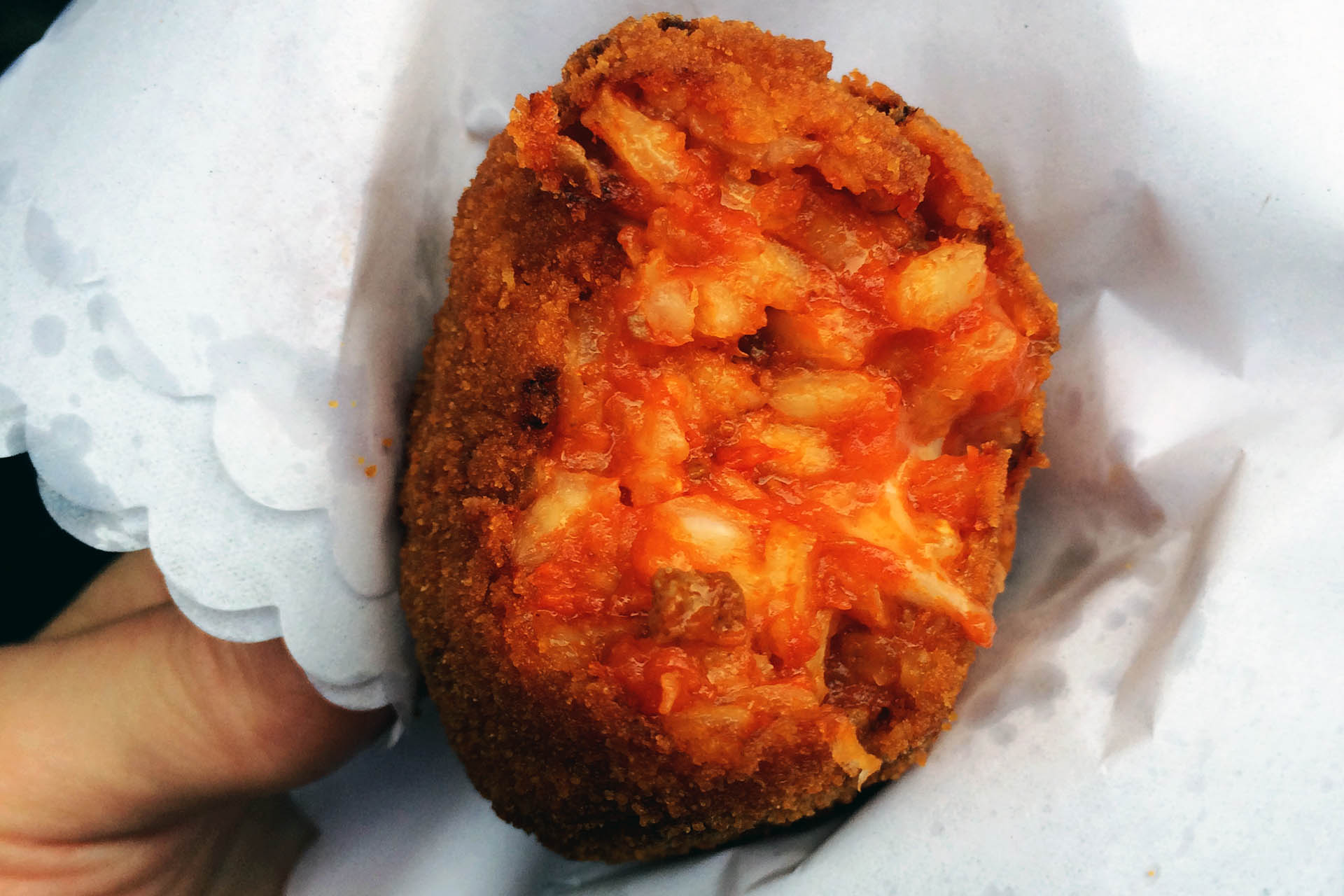 Supplì are handheld, breaded and fried street food served in paper with the most common version a riff on the arancini you’d find in Sicily. Rome’s risotto balls are stuffed with tomato sauce (sometimes meat sauce) and mozzarella in addition to the toothsome rice. When you bite into one, the long strand of mozzarella that stretches and snaps back resembles a telephone cord, hence why these particular Supplì are referred to as Supplì al Telefono. Or, as we think, kinda like the best mozzarella stick you’ve ever had.

Try Them At:
I Suppli Pizzeria Blb, via San Francesco a Ripa, 137 – Trastevere
L’Arcangelo, via Giuseppe Gioacchino Belli, 59 – Prati 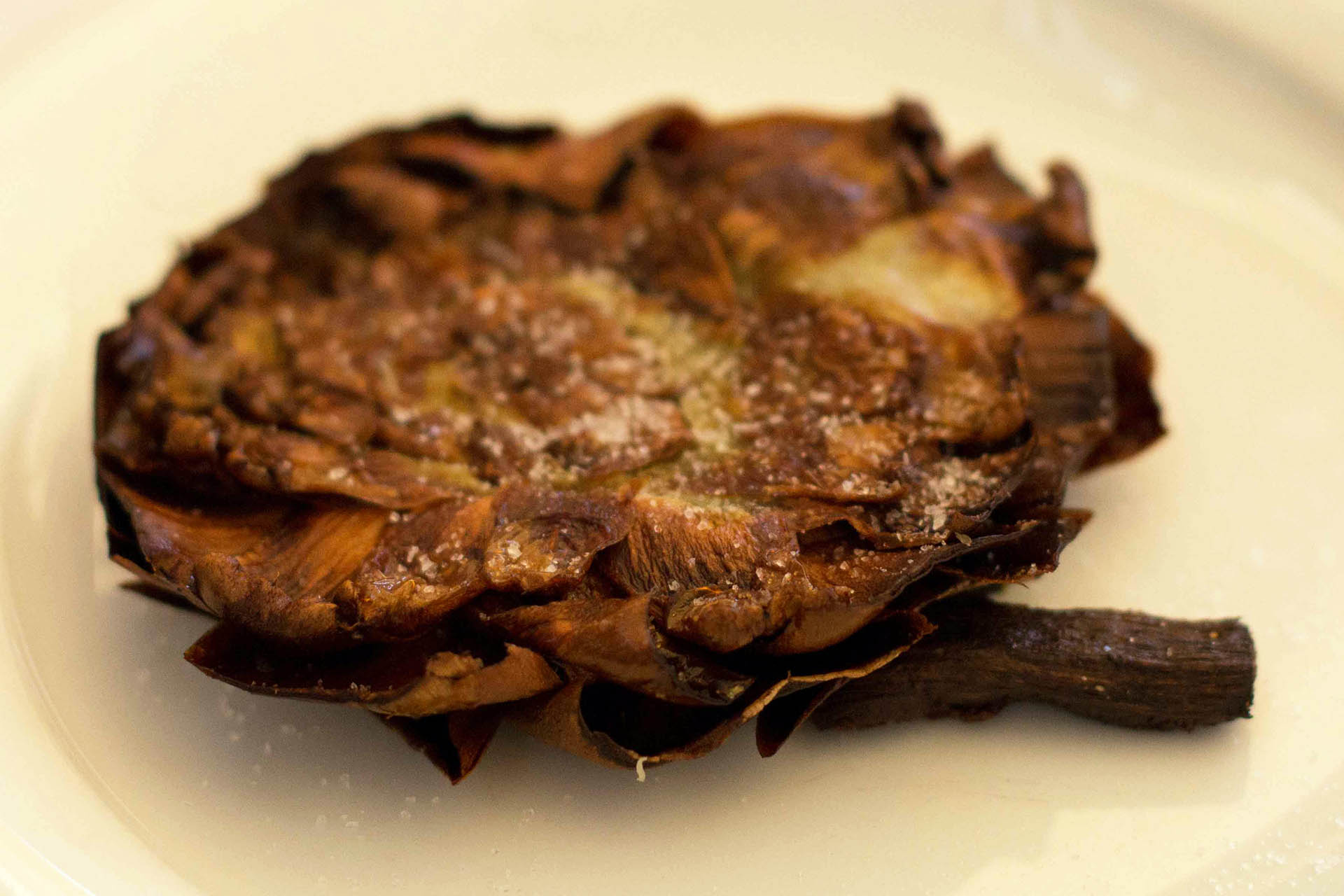 You’ll know the height of the artichoke (or carciofi) season as the markets around town will have loads of them piled in all their purple and green glory. This would be spring, and the ideal time to get a true taste of what Rome is known for: Carciofi alla Giudea. These Jewish-style artichokes are pan-fried, crispy and worth having as much and as many as you can fit in. While you’re at it, give the Carciofi alla Romana a try too.

Yards of Roman pizza are cut into a pezzo (piece) or taglio (slice). It’s up to you to tell them what spot you think is the right one that will fill you up. Once cut, it is weighed and wrapped up in paper to be eaten standing, crowding over high top tables, with elbows in. Don’t feel limited to one version, instead get a few and once you figured out your favorite, go back for a snack the next day. 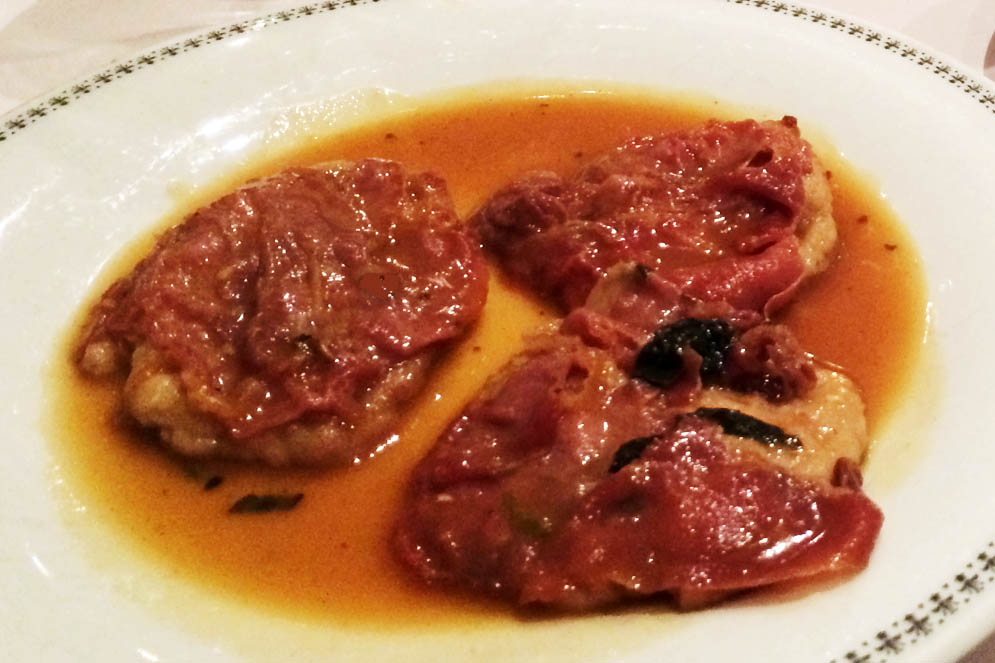 Veal is much more popular in Italy and in Rome it is all about the Saltimbocca. Very thinly sliced veal cutlet is sautéed in white wine and butter and topped with a slice of prosciutto and sage leaves. It translates to “jump into the mouth” and that might be why we had it multiple times on our last visit to Rome. 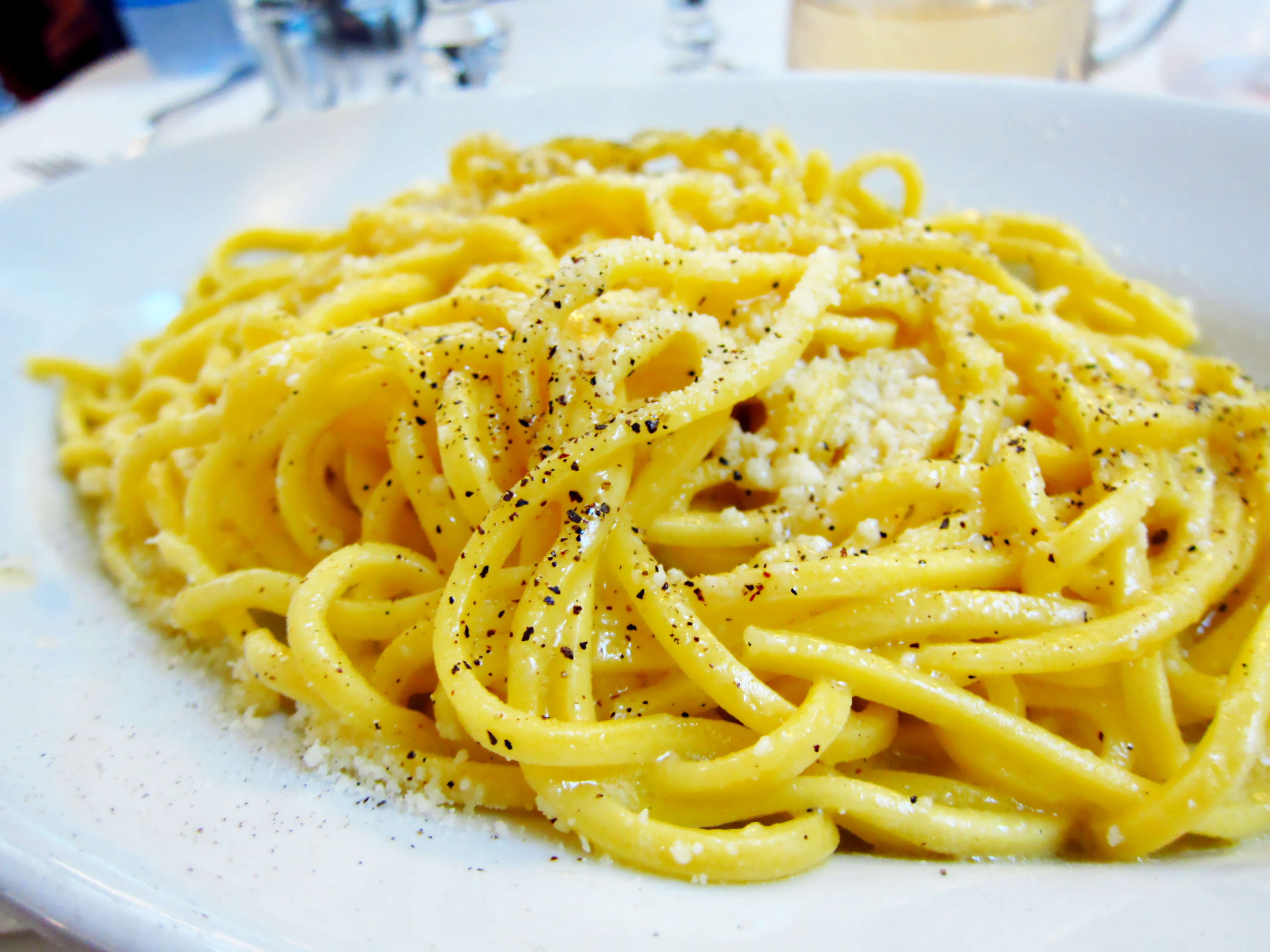 Each region has its choice pasta shapes and companion sauces. In Genoa, it’s all about the Trofie a la Genovese (priest stranglers in pesto sauce). In Bologna, of course it’s the ground meat-rich Bolognese sauce and in Milan it would be wise to have the city’s namesake dish, Risotto alla Milanese a saffron risotto. But when in Rome don’t leave without trying all four of these pastas.