With more than 80 public markets scattered throughout the metropolis, no neighborhood is without access to a marché.

With more than 80 public markets scattered throughout the metropolis, whether covered or open-air, no neighborhood is without access to a marché. There Parisians have access to everything from organic artichokes to Moroccan pastila. If you want to live like a true local, then visit a market or two or three you must.

Here’s the best of the best from our local Paris correspondent, Katie Mascaro.

This lively neighborhood market arose in the eighteenth century, well before Napoleon rose into power, primarily to cater to the cabinet makers and other workers. It is now a very popular shopping market that has everything: meat, fish, cheese, wine, fruit, vegetables, specialty items, and flowers. Located in stands along the street and in a covered market that was built in 1779, the market draws a crowd and the surrounding cafés and restaurants run a brisk business. There’s a favorite vegetable vendor outside the covered market—you’ll recognize it by the long line of Parisians winding around the stand—don’t cut the line or you’ll swiftly be sent to the end.
Address: Place d’Aligre; Metro: Ledru-Rollin / Faidherbe-Chaligny;
Website 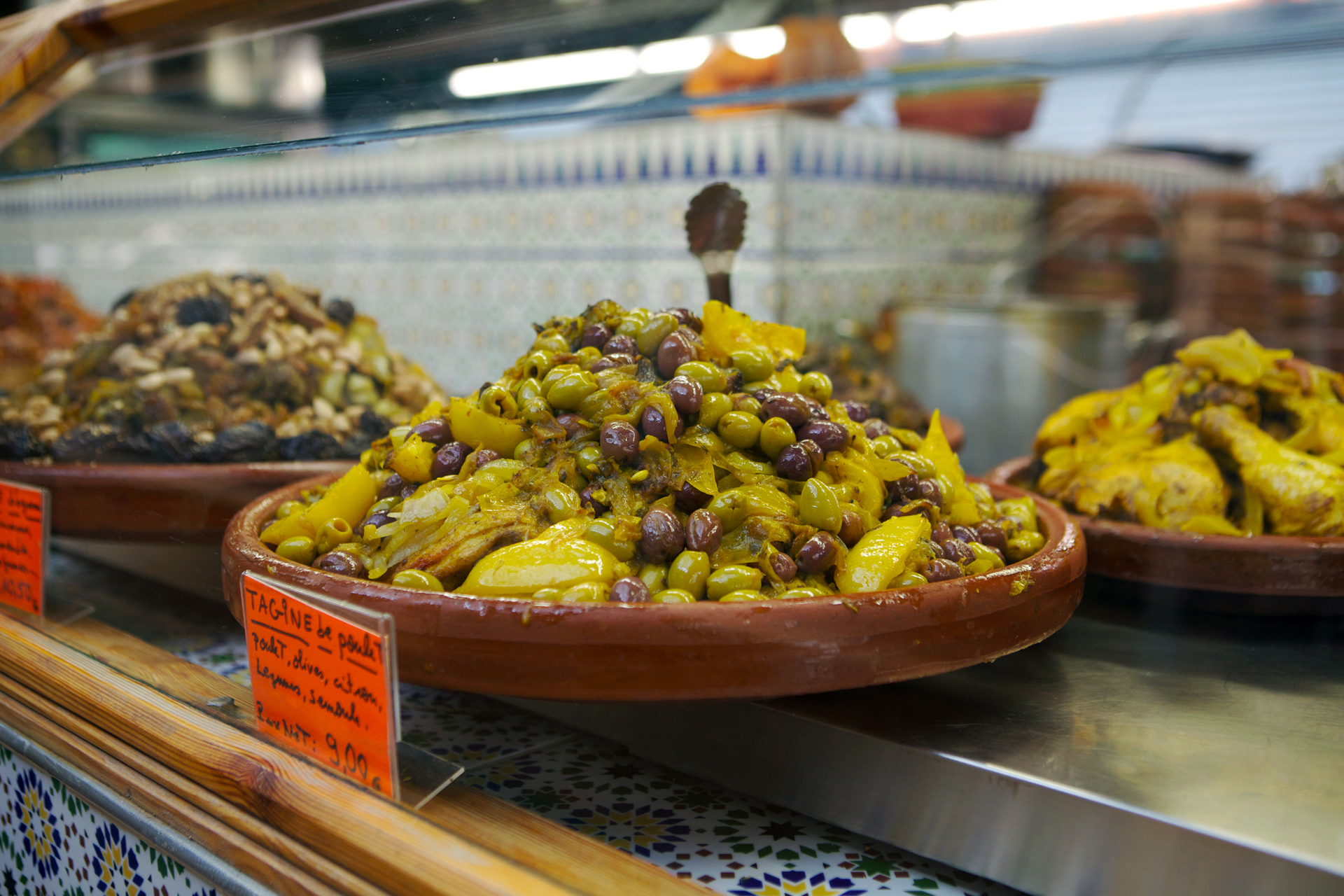 The oldest remaining covered market, in the heart of this trendy foodie neighborhood, was built in 1615 and renamed at the end of the eighteenth century after the red uniformed orphans who were housed nearby until 1772. Here you can dine your way around the globe, as the Marché des Enfants Rouge boasts stands of prepared food from Morocco, Japan, Lebanon, Italy, and France—to be taken away or eaten at the tables. Also on offer are organic fruits, vegetables, and wine, as well as cheese, olive oil, and bread. A small shop sells vintage photographs, should you want a non-food keepsake to remind you of this epicure’s Mecca.
Address: 39-41, rue de Bretagne/rue des Oiseaux; Entrances on rue de Beauce and rue Charlot
Website

This tony neighborhood market (on Tuesday and Friday) transforms into Paris’s main biologique (organic) market on Sunday, featuring 50 stalls of choice organic fruits, vegetables, meat, cheese, wine, and homeopathic remedies. Look for the gorgeous artichokes in springtime, langoustines in summer months, and French olives, sausages, and other goodies year-round. But best of all is the poulet rôti at Romain & Ses Poulettes—the spot for a prized blue-footed roast chicken. These organic birds are tender and juicy with aromatics of thyme and ideal for a Sunday picnic lunch or dinner. Note: Enter the market at the intersection of rues du Cherche Midi and de Rennes.
Address: Boulevard Raspail between rue du Cherche Midi and rue de Rennes
Website